Welcome into the new century of understanding the face!

We frequently read articles or commercial posts that talk about micro expressions, suggesting they have a specific meaning as expressing specific emotions.

Micro expressions are very quick micromovements of facial muscles, or combinations of facial muscles. The term expression refers to the idea that they express an emotion with the person showing the movements. Although this idea has come under heavy scientific criticism it is still current in the popular domain and it is still being used in trainings.

The relationship between facial displays and emotion has been promoted by Paul Ekman, who did his fundamental research in the 70’s of last century. He stated that there are several emotions that are reflected in the same set of facial micromovements (facial displays). He then went on and theorized that also only partial displays would designate the same emotions, even if those partial displays are very short and fleeting. He called these “micro expressions”. His idea was that they reflect emotions that are being suppressed or masked by the individual, as he/she does not want to show the emotion.

Since the 90’s however Ekman’s assertions and research methods have met with solid scientific criticism. These criticisms are less known compared to Paul Ekman’s ideas, probably also because of the worldwide training business he set in motion. There is a whole body of literature showing that the 1-on-1 interpretation of facial displays as expressions of emotions is incorrect, because it is too absolute. The human face is more complex than that.

Authors like Russell, Fridlund and Frijda have demonstrated that the face is an element of interaction between people and that specific emotions are only a small part of that. The interpretation of emotions is difficult and complex as the observer must include the context and the culture of the person observed. Famous are the pictures of athletes winning a game or getting a medal; they reported only feeling utter happiness, but their faces showed (in Ekman’s definition) anger, fear, etc.

At INSA we research highly repetitive micromovements. Some of those can be seen to occur as frequently as 150 times per 10 minutes. Our research demonstrates that every individual has a set combination of micromovements that he/she will consistently show in various situations and over time. We call this the Personal Nonverbal Repertoire (PNR). Is there any relationship with emotions?

If a person frowns 75 times per 10 minutes does that make him/her an angry person? If a person raises his eyebrows 150 times in 10 minutes, does he live in a state of constant surprise? It’s highly likely that these frequent “micro expressions” as such cannot be related to specific emotions. Our findings are much in line with Russell, Fridlund and Frijda: these repetitive micromovements and the PNR show the consistent interaction style of the individual.

Certain micromovements may tell an observer something about emotions, but one must consider that there also might be other interpretations possible.

But if it is so difficult to interpret specific and complete “emotional” displays, how risky is it to extend the same 1-on-1 interpretation on micro expressions? And on top of that infer that the person observed is masking or suppressing the emotion, or maybe even trying to deceive?

Any “micro expression” may mean a (large) number of things. This is the reason we think one must always be careful when interpreting such movements.

People are complex and so is their face. There is no quick fix for interpretations. The first step to understanding is genuine interest. The second is withholding judgments and exploring potential interpretations. 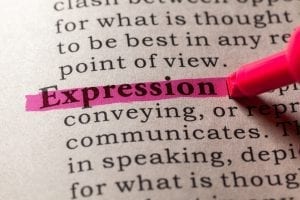 So what can we do when we observe a face? How can we still get the information we want or may need? At INSA we follow certain steps, which are important in every conversation or negotiation. But when you are a professional in law enforcement, security or intelligence, these steps might be extra relevant due to the possible outcome of your observations:

We would propose to stop using the term “micro expressions” because it suggests the presence of specific emotions (expressing) which is simply misleading. Judging about someone emotions without checking might also lead to costly mistakes!

INSA wrote this article, just before attending a seminar with Joe Navarro. It was interesting and surprising to hear that not only INSA has these thoughts and values about nonverbal behaviour and wanting to make a difference in society. It seems only fitting to end this blog with a quote of the master himself:

“There is no such thing as micro expressions!”